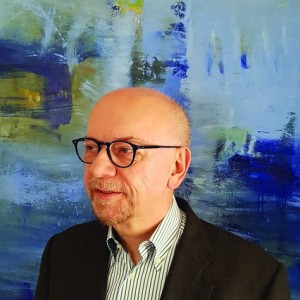 Vassilis Papadopoulos is a Greek diplomat and writer. He was born in Athens in 1960. He graduated from Law School of the University of Athens and completed his two masters in International and European Law in France. In 1985 he joined the Diplomatic corps of the Greek Ministry of Foreign Affairs. He has served at the Greek Consulate of San Francisco, at the Embassy in Kyiv, at the Embassy in Bangkok, and at the Permanent Greek Delegation at the United Nations (New York). He served as Ambassador of Greece in Kyiv and in Bucharest.

On March 13, 2020 he was appointed as Chief of Staff of the Greek Presidency, by the new President of the Hellenic Republic, Katerina Sakellaropoulou.
Papadopoulos is the author of a short novel titled Olya: Two Winters and a Spring (2008), translated into Ukrainian and Romanian (Periplus editions). In 2018, Omonia publishing house in Bucharest published his bilingual essay (Greek and Romanian) about the Greek poet George Seferis. In 2019 his essay “Language as a Vehicle of Culture: the Impact of the Greek Language” was published by Periplus editions. In 2019, his essay “Diplomacy and Poetry: the Case of George Seferis” was published by Icaros Publications and focuses on how George Seferis’ career influenced his literary creation. 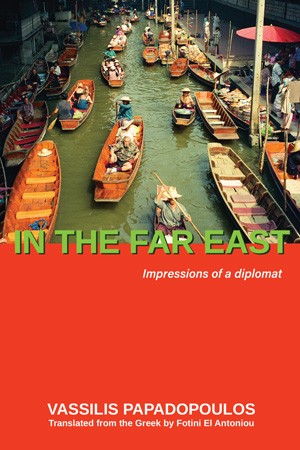 In the far east Impressions of a diplomat Βασίλης Παπαδόπουλος

It was not so much the wonderful monuments or the exotic landscapes that impressed me. It was mainly the people, the way they think and live. The way they deal with time, happiness, death, love, religion, everyday life. A very different way, almost diametrically opposed to ours, the European, the Mediterranean, the Greek way.

​My three and a half years at our Embassy in Bangkok brought me in contact with the Far East region and those who live there. I tried to understand this corner of the world, traveling, reading, but especially knowing its people. From King Sihanouk of Cambodia to the embassy secretary from China, everyone had something valuable to teach me.

I found this experience impressive and so I felt the need to write down what I noticed. The resulting book is in a sense a travelogue, based on the mentalities of the people. They are impressions, snapshots, I think characteristically, from the years I lived there.